Today is National Veterans Day — a day to honor, celebrate and consider the great sacrifice of our Nation’s veterans. Next Wednesday is National Philanthropy Day — a day each community will honor, celebrate and consider the impact of their community’s philanthropic efforts. When I noticed the proximity of these two days on my calendar today, I had a brief thought comparing the two: they share some significant similarities.

VETERANS SHOULD ALL BE HONORED, CELEBRATED AND THANKED FOR THEIR VOLUNTARY DECISION TO ENGAGE IN THE FIGHT AGAINST OUR NATION’S MOST SIGNIFICANT EXTERNAL THREATS.

PHILANTHROPISTS SHOULD ALL BE HONORED, CELEBRATED AND THANKED FOR THEIR VOLUNTARY DECISION TO ENGAGE IN THE FIGHT AGAINST OUR NATION’S MOST SIGNIFICANT INTERNAL THREATS.

My father-in-law fought in the pacific front during World War II. We were talking about the battle of Peleliu and I asked him, “Were you scared getting off the boat?” His response was, “No, I was scared getting on the boat.” He went on to explain that his decision to enlist in the war effort as an 18-year-old was with the knowledge that it would most likely cost him his life and he was willing to make that sacrifice for our nation. The fear came as he boarded the ship to sail, knowing that he would, most likely, never return.

I can’t get past the thought that today, all of our soldiers are volunteers. Our veterans made the decision that they are voluntarily willing, if need be, to sacrifice their lives for something greater. On National Veterans day, to all our veterans, THANK YOU FOR YOUR SERVICE!

Our agency is very close to completing a $55,000,000 capital campaign with one of our clients, the North Texas Food Bank. By all accounts, this is the largest social service campaign in the history of the North Texas community. This remarkable campaign is one of the most noteworthy campaigns in the country, in that the goal of the campaign is a new approach to hunger-relief strategy. This strategy, when fully operational, will meet the current food needs of every person in North Texas who is at risk of hunger — it’s a monumental goal. The fact that the campaign’s success has been accomplished only with the voluntary contributions of donors is nothing short of remarkable. The same can be said for every donor-supported campaign, big or small, that could never happen without the voluntary generosity of people who care when they don’t have to.

I love the work of philanthropy and fundraising — it never ceases to amaze me that people are willing to give their hard earned money and resources for something greater, something that will make a difference in someone else’s life. It’s not something donors have to do — it’s something they choose to do, even when it means personal sacrifice. On National Philanthropy Day, to all who are donors, THANK YOU FOR YOUR SUPPORT! 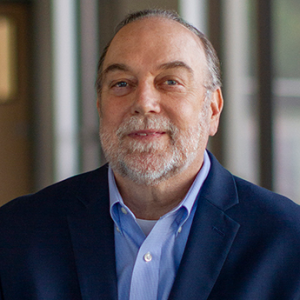